We produce award-winning immersive experiences in virtual reality, augmented reality and holograms about wildlife and the natural environment.

Based in South Africa, Habitat XR is an impact-led production studio focused on immersing people in nature and her stories using extended reality (XR) technologies. We’re fuelled by our planet’s loss of biodiversity and the incredible power that technologies like virtual reality have to engender empathy. Digital immersion in nature has been scientifically proven to bridge the cognitive disconnection that limits how much people care about environmental issues like climate change.

Habitat XR's legacy of immersive storytelling started in 2014 when our founder, Ulrico Grech-Cumbo, developed a stereoscopic 360-degree camera for commercial (non-wildlife) work. To test it, he would bring each new version on vacation with him (which was invariably in the African bush) and captured wildlife footage to bring back to the team to test. In 2016, Habitat XR was initially formed as an experimental department within the commercial parent company. The team begun a slate of self-funded wildlife experiences beginning with the great wildebeest migration in Kenya.

Since then, Habitat XR has become a globally-operating stand-alone studio, produced projects in 9 countries and counting, won multiple awards and accolades including the prestigious title of Fast Company Magazine's "Most Innovative Company" in 2019, and had work shown at festivals like Tribeca, Cannes, Jackson Wild, EarthxFilm, SXSW and more.

We work with select conservation non-profits to create immersive experiences on a commission basis. Typically, these are used for fundraising and have proven incredibly successful with partners like WWF and Conservation International.

Habitat XR continues to self-fund the development of immersive wildlife experiences with a conservation focus. Given a blank slate for each one, these are the stories that mean the most to us. These experiences are screened at pop-up VR cinema events throughout Africa and licensed around the world.

Aptly-titled "Noah's Arkive", we have established the world's biggest stock library of real-world cinematic natural environments and animals. With a species counting currently exceeding 50, the library boasts 4K, 6K, 8K and 11K resolutions in monoscopic and stereoscopic 360 video. Natural environments range from the jungles of Rwanda to the peaks of the Himalayas. This content is licensed to other creators enabling them to save production costs by not having to capture the same, tough-to-film footage - particularly in a pandemic.

A Finalist at the Jackson Wild!

Habitat XR & Riverbank Studios produced a series of 3 VR films in the northern Ladakh province of India for the UNDP. Into the Himalayas explores the unique biodiversity and the human-wildlife conflict threatening it.

Habitat XR led cinematography on the Mountains leg of the project (capturing the first ever wild snow leopards in VR!) and oversaw all post-production. Thrilled that Mountains has been shortlisted for Best 360 at Jackson Wild 2020! Made in the Mara, the inside-look documentary produced by OnePass Productions, has been released on international VOD platform, Showmax.

The documentary, following the making of Exodus: The Great Migration as Habitat XR's first ever self-funded original, is essentially the founding story of the company. The experience was used in Hollywood at a star-studded fundraiser in October 2019 to help raise an extraordinary $5m for gorilla conservation! 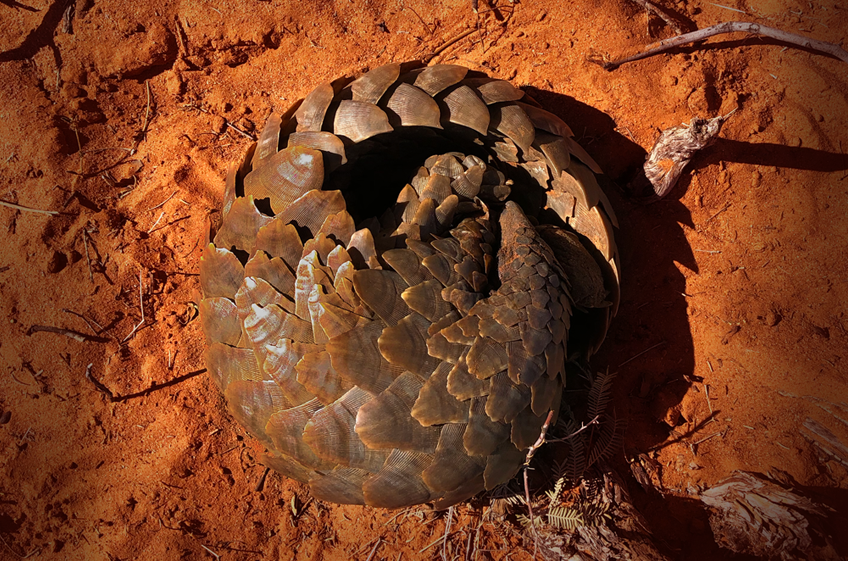 We are excited to announce that we are in post-production on our brand new original film, focusing on one of the most iconic species of mammal in Africa: the Temminck's ground pangolin. This experience will see two wild pangolins narrating a tale of trial and tribulation as they seek food in the kalahari deserts.

Ultimately, this is a story not of pangolins, but of climate change. 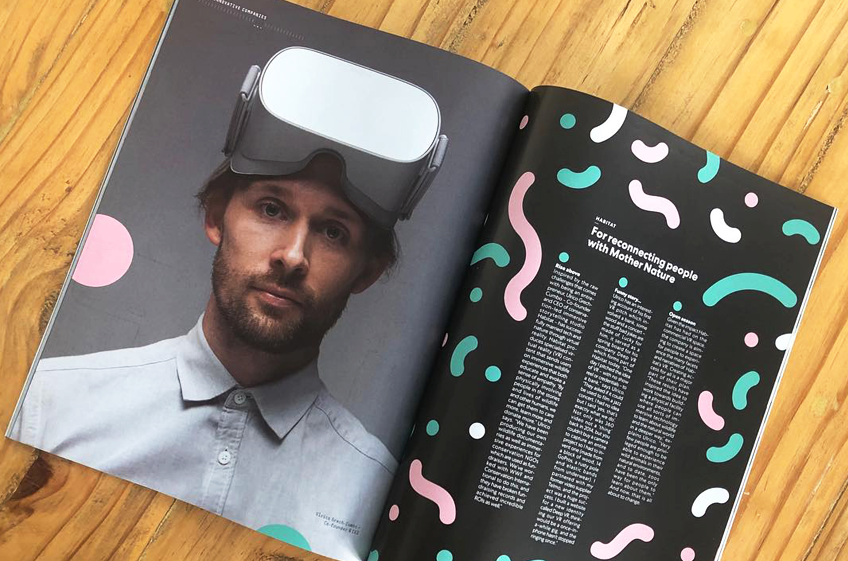 We are thrilled to announce that we have been chosen as one of Fast Company Magazine's "Most Innovative Companies" for 2019. This award has been bestowed upon us for "reconnecting people with mother nature". Catch the April 2019 edition to read more! A project we were heavily involved with for Conservation International, titled “My Africa”, and narrated by Academy Award-winning Lupita Nyong’o, will officially debut at Tribeca Film Festival 2018.

The VR experience, filmed in Africa by our homegrown team, explores man’s interwoven relationship with wildlife.

Toggle below to discover what the team is has produced, and what is currently in the pipeline. 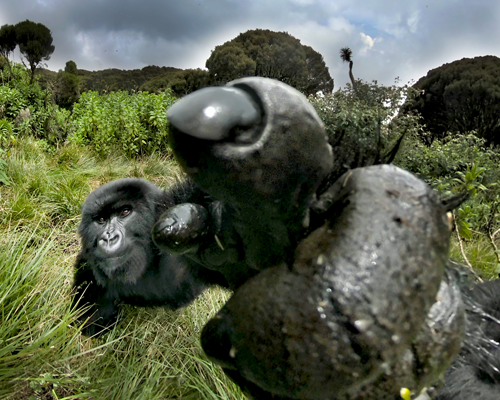 This ambient 3D 360 gorilla experience with spatial audio, captured in Volcanoes National Park in Rwanda, has been made available for free by The Ellen Fund! A Predicament of Pangolins

Our latest Habitat XR Original follows the tale of two pangolins in the kalahari desert in a bid to survive. 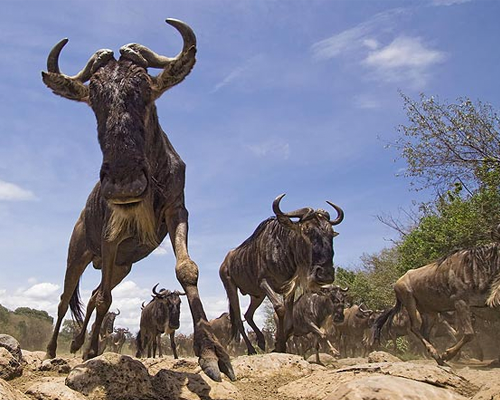 The first in the Exodus series, following the epic journey of millions of wildebeest in East Africa. Made in the Mara

An inside look into the making of Exodus: The Great Migration. Stand on the frontlines of the top secret black rhino translocation from South Africa to Chad in 2018. In partnership with African Parks and South African National Parks. A lioness making away with our 360 rig while shooting Conservation International’s “My Africa”. 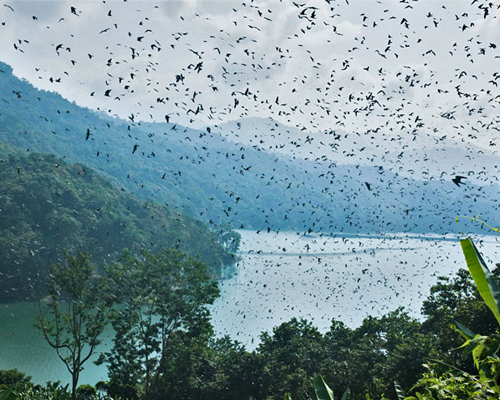 The next migration in our Exodus series, following the longest raptor migration of all. 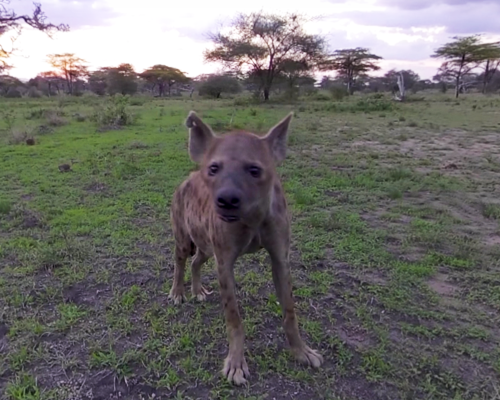 A lone hyena at dusk. 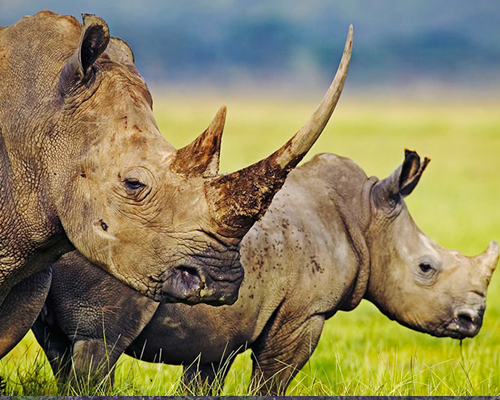 A scene in Kruger Park featuring a female white rhino and her calf. 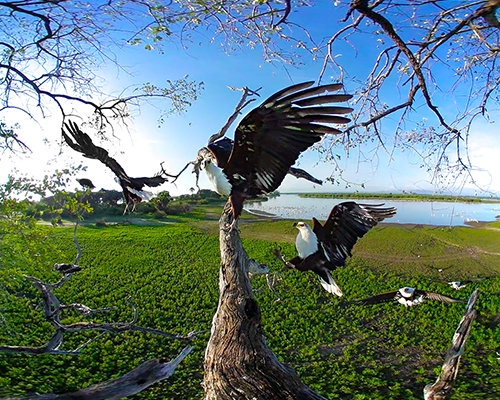